INFERIOR BY DESIGN: THIS IS HOW YOUR GRC PLATFORM IS FAILING YOUR ORGANISATION – Quod Orbis | Continuous Controls Monitoring

INFERIOR BY DESIGN: THIS IS HOW YOUR GRC PLATFORM IS FAILING YOUR ORGANISATION

What keeps GRC professionals like you awake at night?

If you’re anything like most of the other GRC professionals to whom we regularly speak, it’s a question with a very simple answer: the inadequacies of your organisation’s GRC platform.

Which matters, a lot.

Because to the modern organisation, solid capabilities in governance, risk management, and compliance are important. Across a wide range of risks, GRC teams must respond to regulators’ demands in a timely, complete, and competent manner.

And when they don’t—or can’t—then the consequences can be serious. Significant fines, certainly. But also significant reputational damage, loss of customer trust, and lost revenues.

So how has this situation come about? Why are GRC professionals so down on their organisations’ GRC platforms?

But beyond that, they’re limited.  Flagging exceptions can be clumsy, and it can be difficult—or impossible—to drill down for real-time visibility of risk data and control status.

The second weakness of organisations’ GRC platforms is that they’re static affairs, prone to bias and opinion.

Information is input into them at a point in time. It’s subjective information, judgemental information, and generally qualitative rather than quantitative.

Consequently, it is information that is subject to bias. It’s an opinion, rather than a proven, quantifiable fact. And an opinion that’s generally based on samples taken at a point in time, rather than anything more formal.

And if there are any supporting facts, it’s often the case that these aren’t input into the GRC platform, but simply recorded—that is, if they are recorded—in any supporting paper documentation.

In short, GRC professionals are expending a great deal of time and energy gathering sub-optimal information that is then out of date the moment that it is entered into the GRC platform.

In short, just when they need to be looking forward, the tool that GRC professionals have is a rear-view mirror.

No wonder, then, that GRC professionals are so down on their organisations’ GRC platforms.

Is there a better way?

We’d want something that provided us with a continuous view of controls, too, rather than a snapshot at a moment in time. Preferably, too, we’d want it to be real-time, as well.

We’d probably want that continuous view to be delivered automatically, without any manual inputting—freeing up people’s time, and boosting productivity.

We’d probably want something a little more interactive, too, and able to highlight control status by category, or location within the organisation, or status—a single organisation-wide view of risk, together with the evidence to support that view.

And we’d want it to be based on higher-quality, factual, quantitative information—and not on judgements, opinions, and samples.

Does such a solution exist? Absolutely.

Here at Quod Orbis, we call it Continuous Controls Monitoring—although you may have heard the IT security term ‘continuous compliance’ used, as well.

Either way, it’s a solution that meets the requirements of the thought experiment sketched out above.

Already in use within cutting-edge organisations, Continuous Control Monitoring technology gathers—continuously, and in real-time—all of the data and evidence that GRC professionals require, by continually monitoring all of a business’s risk management systems and internal controls, via telemetry.

Forget snapshots at a moment in time. Forget subjective, qualitative opinions. This is how we believe GRC platforms should operate—and this is how GRC professionals can finally sleep more soundly at night.

A cacophony of complications has meant that businesses are struggling to implement a security plan that offers the assurance they need that defenses can prevent cyber-attacks Increased regulation, higher customer expectations, investment in emerging technology and expanded risk management have placed potentially detrimental pressure on budgets. Coupled with that is the need to be agile […]

Gartner identified the Top 7 Cyber Security Trends of 2022 – so how can Continuous Controls Monitoring support these emerging trends?

The Payment Card Industry Data Security Standard (PCI DSS) ensures secure payment card data and encourages global adoption of consistent data security measures. Anyone that is involved in payment card account processing needs to ensure that data is stored, processed and transmitted securely. Our Infographic focuses on the 8 biggest changes that you will need […]

PCI DSS v4.0 is coming: how to meet its continuous compliance challenges

If your organisation accepts card payments—think Visa, Mastercard, American Express and so on—then you’ll know it has to comply with the Payment Card Industry Security Standards Council’s PCI Data Security Standard version 3.2.1 (PCI DSS v3.2.1). No ifs. No buts. If your organisation accepts card payments, then compliance is a requirement. And of course so […] 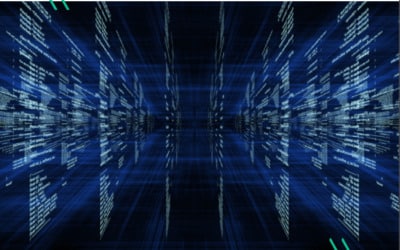 Quod Orbis and Liberty Specialty Markets (LSM) have today released a White paper called The future of cyber insurance: navigating risk with real-time data that explores the role data can play to enhance understanding of the risk. The newly released white paper is the result of months of research exploring the state of the global […]

It’s true to say that that with the exception of new start-up’s, most businesses have legacy systems to manage. This can be for a multitude of reasons: Firstly, these may be systems inherited and are thus considered, rightly or wrongly, too low risk and therefore not imperative to upgrade; couple that with the cost to […]

Does your data help you thrive or survive?

Our networks are rich with data and the explosion that has occurred, particularly before, during and after covid, has caused severe consequences in many businesses as IT teams struggle to move, store, analyse and protect a business’s prized asset. An IDC report in 2018, predicted that the global data sphere would grow to 163 zettabytes […]